The word adventure can be defined in many ways; something unusual, something which moves beyond the boundaries of everyday life. Moreover, adventure is unrecognised beauty, an unsurvivable experience or unexpected encounter, superior performance, emotional strain. For a better understanding, we can divide the word into several groups depending on what area of children's skills are being developed – adrenalin, aesthetics, adaptability, performance and intellect, through the camp theme or sightseeing trips. Some adventures are reserved for a whole day, others alternate throughout the day and many are often appropriately combine to complement each other.

We can sum it up as a stressful situation in which children learn to concentrate as well as how to act quickly taking decisive decisions. A typical example known from traditional camps is the night game, in which children start tense with the uncertainty of mystery, the unknown, with the need to simultaneously cope with the darkness, with surprise and with the specified task all while dealing with fear. Sometimes it's just known as the ‘walk of courage’, sometimes children have a mission that must be met in the middle of the dark night’s forest. Adrenaline levels rise, especially if it will shower from the skies on a hot summer day during a proper water fight, during which filled balloons fly everywhere and precisely directed jets from water pistols criss-cross the open space. What is this compared to the wild ride on rafts from the ruins of Dobronice all the way underneath the bridge at Bechyně! An element of danger and fear is contained in the rope climb over obstacles hung high up trees, and when flying through the air on a chair pulley, which everyone will want to try again. Among the most popular fighting games is ‘Highland War’, where, until the last moment, you have no idea what rank your opponent has while trying to fight your way to the enemy king, or face the inevitable fate of the loser. And what about The Hunger Games, a spectacular battle of all against all, in which all sorts of techniques are used to hit the enemy from a distance, only one can win! 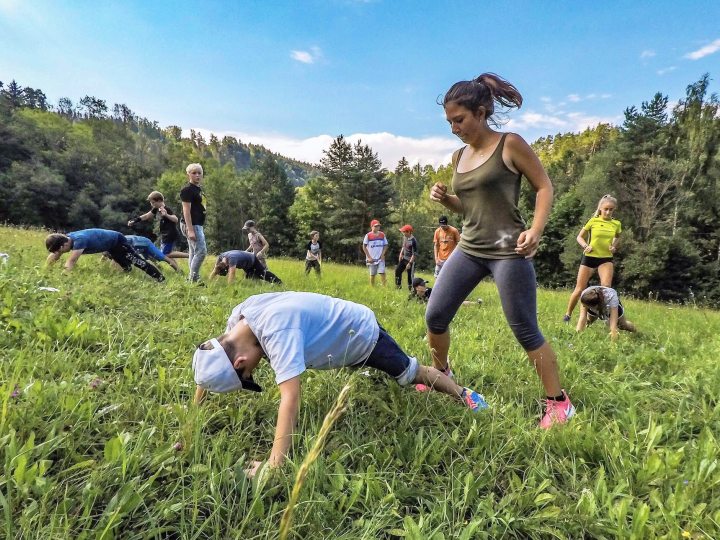 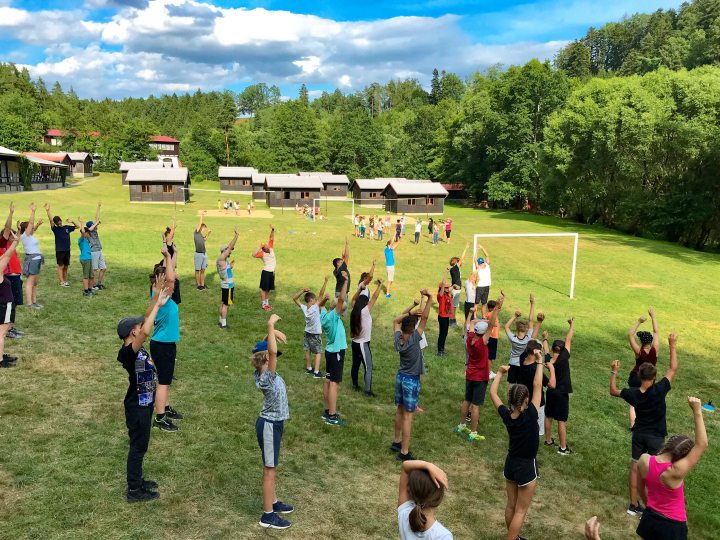 Just as a stressful situation produces adrenaline, so participation in creative and artistic activities deepens the aesthetic senses and induces the production of endorphins, evoking a feeling of satisfaction and happiness. Therefore, this category includes artistic achievements, which are expected in fort building in the forest, singing karaoke or the ever-popular talent show, where everyone can show what they can do with often very imaginative visual effects. Among these activities also lies the crazy disguises on the glow stick Night Walk, an evening procession with glow sticks, from which children can make lanterns or other objects of various shapes. Another night light adventure is the traditional firework display and especially the Fire Show, which sees juggling flaming balls and fantastic glowing shapes. Using the light against the wall the shadows will show us how many animals can be made from only two hands. Romance is experienced during stargazing. The favourite Photo Story sees children assemble stories on a given topic creating compositions in which they themselves appear. Probably the most time-consuming adventure in the field of aesthetics is the colour day, when everything in the camp must be tuned orange – clothing, grass, walls, flags, hair, toilet paper, leaders’ smiles, the mood in the disco, and perhaps even the food on the plate.

In unusual situations, for which it is not possible to prepare children, they learn a lot about themselves, learning to understand their shortcomings while finding a way to overcome them. To some it is sufficient to kindle a fire and roast sausages or maybe trdelník (special new Czech sweet cake made on fire), for others perhaps while sleeping under the stars. We will gain extraordinary abilities during Superhero Day, where everyone must behave exactly according to the character of their hero. Let's not forget the perfect 007, from whom we borrow some of the amazing technological inventions, swift action and, of course, elegance and humour! We will investigate their ability to change while telling adventure stories in the local surroundings. As well as all of the above, we will throw in good games such as Capture the Flag and Capture the Leader, where two teams fight for their flag or try to capture the opponent’s leader. Or Treasure Hunt, in which a small team, in a limited period of time, performs a variety of tasks even with no English when not permitted. A similarly interesting game is ‘Letters to Pedro’, where there is a fight between thieves and postmen, who desperately seek the right recipients. The special charm of this game lies in assembling teams of varying ages, forcing them to work together and overcome shyness. And do not forget Casino Night! This adventure sits us face to face with gambling passion, and the entire camp can try the treacherous dangers of gambling. 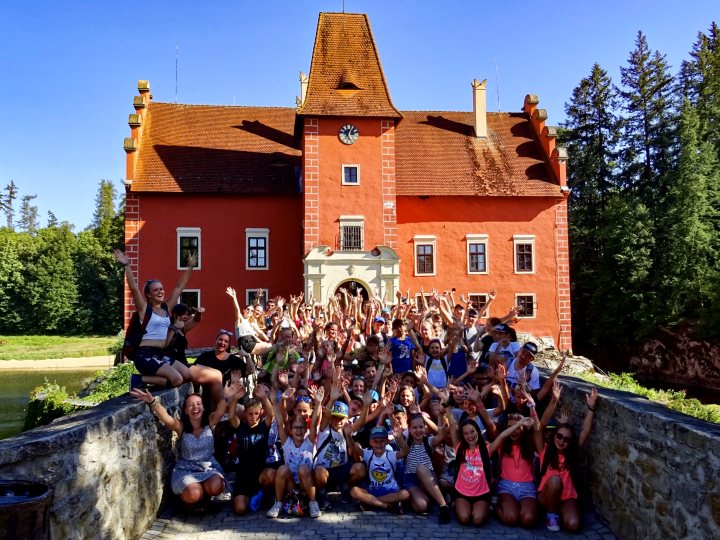 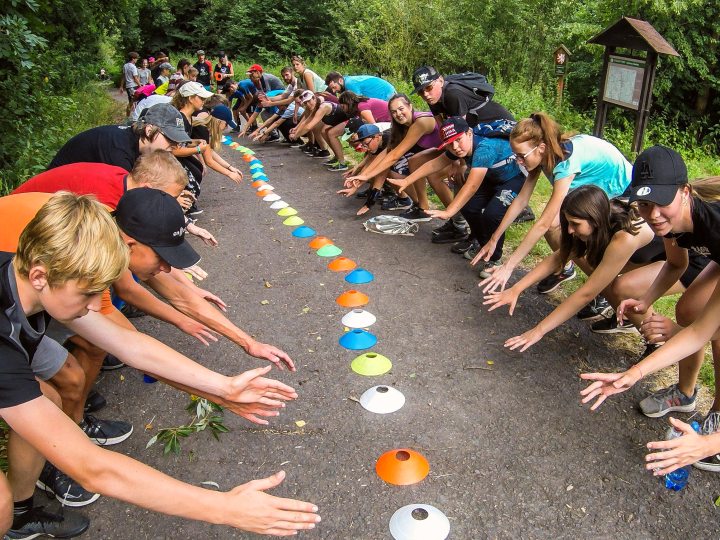 As already mentioned, recreational sport is not a real adventure yet, but quite different emotions arise from sports tournaments; thrilling and varied examples of agility and training. This is best shown through the camp Olympics involving a large number of disciplines. In the same spirit, we see exciting races on the boats or orienteering in the vicinity of the camp, which was created for this purpose. It will also be necessary to practice archery and darts. You can easily lose balance during water games, but even more successful in this respect is the so-called Dry Pub – an exercise in which you are so dizzy that you stagger like a drunk just leaving the pub. We can’t forget the show of strength in various sports such as volleyball, soccer, swap, ping-pong, softball, cricket, frisbee and petanque.

Not everyone is aware of the role intellectual emotion plays in our lives. It is even common in the lives of children who daily go through successes and failures at school experiencing joy and disappointment. At the camp, we certainly do not ask how to calculate maths problems, we don’t even expect specific grammatical examples. Our assignments are based on a creative approach that uses a combination of their memory as well as imagination and swift action. This is why we will not miss puzzles and codes both visual and verbal. A language camp naturally lends itself to competitions in English. We want even the weaker ones to experience the joy of success, so we include even less demanding disciplines. Among the most popular for many years has been "Unlock the Code". 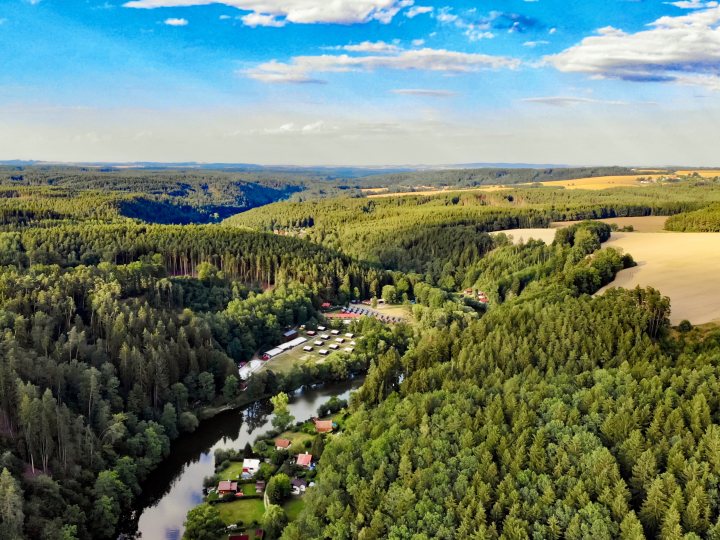 Both leaders of each group, the native English speaker and Czech leader, organize the program which should together entertain and educate, as it is carried out primarily in English. It adapts to everything, from decorations used for leaders’ costumes to the actual concrete activities. Each year SUMMER TIME sees a unique theme, which by its nature evokes some adventure. In addition, one full day of camp is directly dedicated to practically implementing the chosen theme. This year, an adventurous expedition will take us FROM BOHEMIA TO THE HEART OF AFRICA. We will follow in the footsteps of Dr. Emil Holub, one of the greatest Czech travelers, to explore, like him 140 years ago, the magic and mystery of the African continent. In the face of a real African landscape, Emil Holub's act remains a heroism until today. So let's go on a journey, savannas belonging to elephants – kings of local nature, but also impenetrable forests or a dangerous crossing through the territory of the fighting Mashukulumbs, who still wear special pointed hairstyles, are waiting for us. You may not know that during the days of Emil Holub's expeditions, about 5 million elephants lived in Africa, but today, unfortunately, there are less than a tenth of them. However, we must still be careful, because in Africa it is almost impossible to escape from any of the wild animals. Hopefully we will overcome all the pitfalls, including the ubiquitous malaria, and successfully reach Zambezi River. Can we cross such a wide river? It won’t be easy!

Even its level looks calm, the more treacherous the river is! The biggest danger will be ruthless crocodiles, grumpy hippos waiting around the shores and large groups of aggressive baboons with up to 200 monkeys. The reward for our hardships will be an amazing spectacle – Victoria Falls or so called Mosi-oa-Tunya, which are one of the largest waterfalls on Earth. Emil Holub mapped them as the first person in the world as early as 1875. Today, the waterfalls form the natural border of Zambia and Zimbabwe. The local Lozi tribe believes that in their foamy waters lives a huge snake named Jami Jami, which does not tolerate the presence of people. Well, hope we won't have to fight with him! And we will also avoid the sinking of our ships in the rapids on the way back along the Zambezi River, as has become almost fatal to Emil Holub. At that time, his collections, travel diaries and several indigenous rowers drowned. Well, let's go together for other adventures of the language camp SUMMER TIME. The stories of the conquest of AFRICA come to life already in Czech town Holice, the birthplace of the traveler Emil Holub. 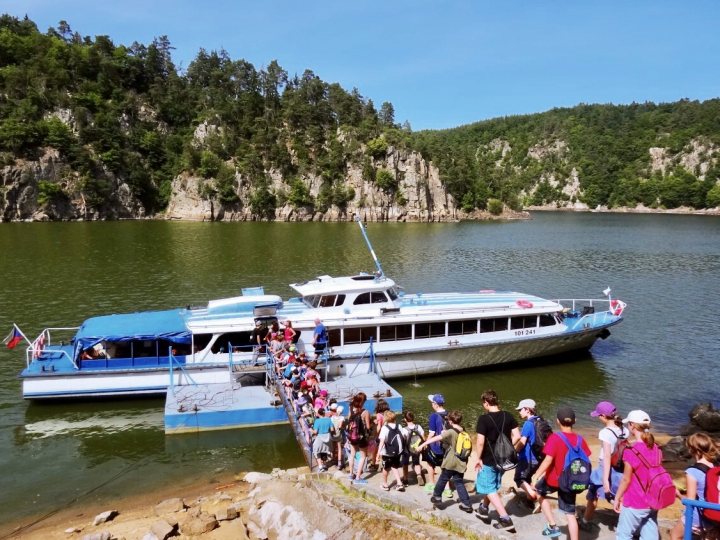 One afternoon is devoted to a trip to the beauties of South Bohemia. English remains at the centre of our interest throughout the journey. Through games and activities the children are engaged through hearing the English interpretation of familiar local landmarks and other places of interest. As part of the trip, children can look forward to, for example, visits to the historical cellar of the town of Tábor, a cruise along the Vltava River from the castle Zvíkov to the castle Orlík – zamekorlik.cz or from Týn nad Vltavou to Podolsko, where our Stádlecký Chain Bridge originally stood. With thrilling anticipation, we may head to the hydroelectric power plant at Orlík, where we can inspect the technology directly whilst in operation, and then sail the wide river by the dam. We have also visited the spa town Bechyně and saild on rafts to the romantic ruins of the Gothic castle in Dobronice. Successful trips also saw us visit the wonderful view of the towers of the castle Hluboká nad Vltavou – zamek-hluboka.eu with a trip to the zoo, where we were amused by the antics of meerkats; or the royal town of Písek, where we heard the sounds of a Kaplan turbine and admired the oldest public hydro power plant in Bohemia, where on the adjacent island we ate a rich picnic. We have also taken many a romantic selfie beside the water castle Červená Lhota – zamek-cervenalhota.cz and learnt why its original white colour changed to red.

Later, when our adventures took us with explorers to treasures hidden deep within the Earth, the nearby Chýnov Cave – caves.cz beneath Pacova mountain provided us with a real-life experience.